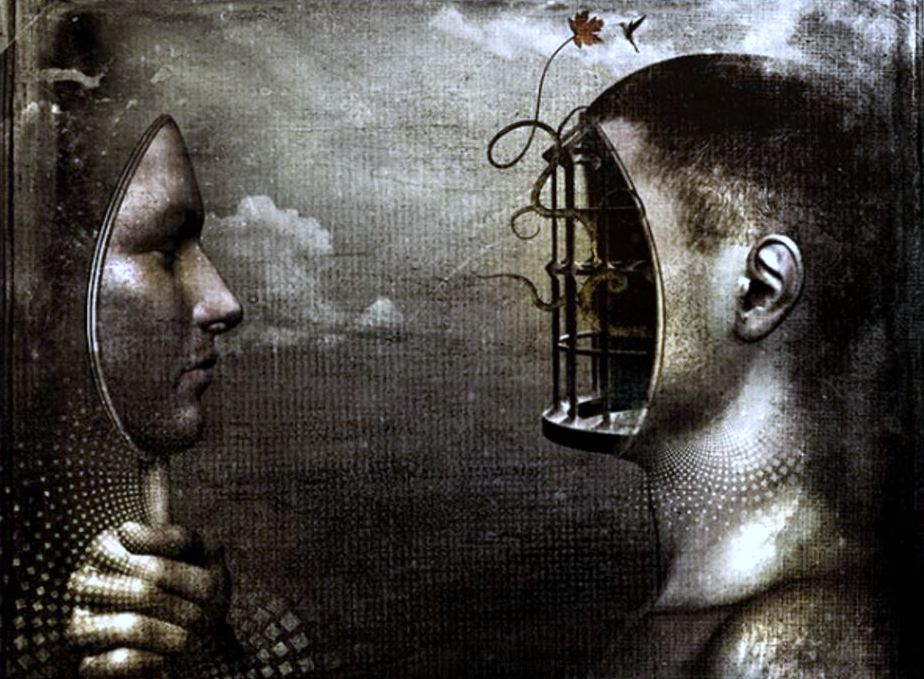 A day that was to mirror most Tuesdays, expecting nothing extraordinary, turned into a momentous Valentine’s Day,  February 14, 2017.

Feeling minor irritation after reading an online comment from under a NY Times’ article regarding the federal education system and gearing myself for the day to come -in mind of an anticipated meeting with Gail, bridging past inner thoughts about a statement Gail made concerning the healthcare system- there under a hot shower came pure existence.

At that moment I knew nothing at all except the existence of awareness.  A realization that my existence wasn’t tied to anything in particular yet simultaneously tied to everything came to this core primal reality beyond the there and then.

Leading to that Tuesday morning has been a long time (over 4 years) of natural and augment restrain of Facebook use.  Likely my visit to Washington DC for The 58th Induration of President Trump and after that, my being out-of-bounds from my usual reclusive self to reuse the digital social platform came on-line feuds.

At this point in my life I’m used to and I expect confrontation from adept Twitter use; battling those I never held a personal relationship.  But to feud beyond abstract persons, and noticing an attitude change within me, recalling the 34th birthday dream, After (M)onday and (T)uesday even the week says WTF! and The Manifestation Of History I journaled, the clearest passages of former thoughts lead to understanding:  I experience myself and the world as subject and object only through conceptualization and language.  My mind produces a subject-object dualism.   The subjectivity of my mind affects the perception of the world that is held as being objective by nature.

Under that hot shower head for an instant everything was turned upside down, the inexplicable was drawn as an infographic and made explicable, the certain was made doubtful, and the impossible was made obvious.  I was free to soar overseas of truths –made to understand why this paradox causes me and most others to avoid self-awareness. 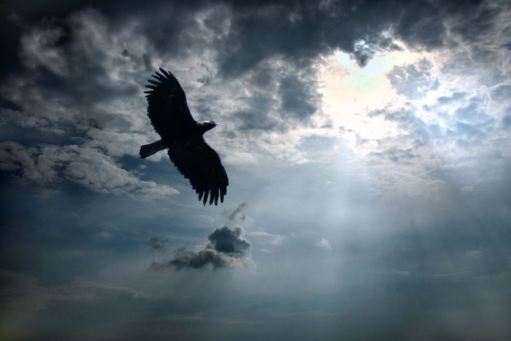 Even more, since that moment of enlightenment and as I currently type, I understand why self-awareness is so fucking emotionally painful.

I know I’m an introvert who naturally builds walls of information to shield myself from feeling emotionally overwhelmed.  Yet, during this time of historic social division engineered by politicians,  my opinions being overtly conservative and under attack, but mostly due to the mindful stored statements I know to hold publicity-grabbing value issued for strategic conversion to a contrarian position – those walls built of information and used for self-preservation began crumbling – now with the rise of inner dread, I’ll call it quasi-existentialism.

I know enough, or so I thought.  I mean, usually, I know how to read and decipher statements of falsehoods where others might not—falsities of many types especially advertised on FactCheck websites.

For months I heavily pondered on “Is the glass half-full or half-empty?” expression to keep my own biases at bay.  To me, it’s an impossibility to remove all traces of biases.  So I consciously apply a logical formula that statements written with an element of subjectivity = perspective = bias.  (Generality expressed.)

Again, under that hot shower head being almost absent-minded, not fearing error, not fearing insult, not giving a damn about completion of any system, I wasn’t distracted.

Since then and as I write, I’ve built a further understanding of: What does knowing thyself mean?  Why are the disciplines of examination and reexamination of the self so painful since so much of everyday living is automatic? 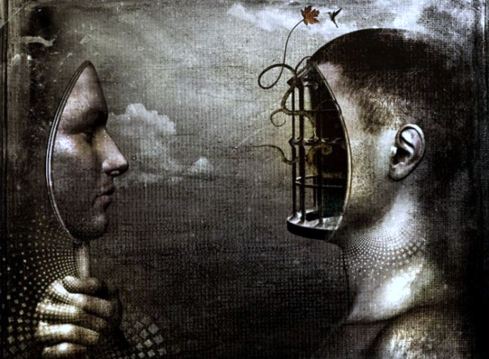 First I need to know my own biases, my confirmation bias, my predilection for things that accord with my own preexisting worldview.  I know I was born unbiased and without any moral content.  I gained biases and moral content through religion and child development. As I aged came the choice, of course.

Still, why is it difficult to “examine thyself”?  Why are there philosophical commandments or why does it take the admonition to “go there”?

Well, my biases were implanted by my parents, teachers, priests, opinion leaders, politicians, and exposure to various cultures.

And so children have these beliefs imprinted and implanted that are often forced on them; children bullied into views sometimes.  (Recall: come to church or else; you gotta believe this and that; only bad children will believe something other).

So children form conclusions, perspectives, and beliefs in an aggressive and often abusive way.  And it’s very painful -emotionally painful- to examine the biases implanted by culture, our parents, our teachers, and so on.

But why does it feel so painful?

Something within evolution has trained us not to examine.  If you look into most of the human evolution, beliefs in a tribe haven’t changed much at all.  To question or to oppose ideas based on some drive for greater understanding would cause a great deal of anxiety:  In a tribe of delusions, objectivity crushes a person’s “central sexual market value.”

We are evolutionarily trained against objectivity in the realm of ethics and in the realm of politics (tribal politics, so to speak).  However, particularly for men, if you fight too much or too long for ethical objectivity, you are not or you cannot go out to hunt or fight wars.

The dedicated thinker ends up acting like some feeble up a mountain meditating …and that dude isn’t getting laid.   Or if he is, he isn’t doing much reproducing.  Best of luck to a tribe whose men are just thinking instead of bringing meat, milk, and veggies, to nursing moms or elder parents.

If a man does go too far out of reality, that guy can’t function as a good provider.   So men have this tension between subjectivity in the social or familiar tribal realm vs. objectivity in the hunting and warfare realm.  And so this is the tension men face.

(I can argue society has gone way too far in the feminine world of subjectivity and way too far away from the masculinity world of objectivity, but I’ll save that argument.)

So it’s very painful to look at society, to look at parents, maybe without intention or with intention – it really doesn’t matter, but knowing they programmed you with falsities for their own convenience.  To serve you up as a tribal piece of livestock for the powers that be.

That’s an excruciating and difficult thing to experience, or to go through.  And it is a dangerous thing to talk about.  It is a very dangerous thing to experience because that’s the matrix -right- the matrix: false beliefs feed into you usually by parents, increasingly by daycare workers, teachers, and so on – such is the case as States are ever more in the business of rearing children.

As an individual, you’re absolutely permitted to be deceived, to be handed wilds of modern “speculation.”  For the curious-minded, the culprit of intellectual seduction will be offered as wild recent speculation or speculative philosophy.

Our culture is prone to the distraction of oneself by watching the lives of others through t.v, movies, and the internet.  These speculations that unfold before us but within which we have no part adds to the difficult task of self-examination.

(Now wondering, how do we discover the truth instead of how we live the truth – that’s a promising idea.)

So you need to know yourself because you need to know how or why you were lied to.  And then you have to find a way to embrace the truth without embarrassing the black nihilistic rage of having been lied to.  For having your desire denied for goodness and conformity, or for bond and unity with your elders.  Lies used against you to turn you into a form of tax, warfare, or breeding livestock for the powers that be.

I’m able to see passages of relativism; these worlds that we construct as truths so long as there are people who passionately believe.  The belief of a Hindu that Vishnu is God, the belief of a Mohammedan that Allah is God, even the notion that there is no god – all are true provided each of these beliefs is embraced with passion and intensity.

But I ask, are you okay with the mechanical act of worship?  Because it just might be a travesty of faith.  For many, it might even be an offense to the same god who accepts these sincere yet misdirected beliefs of the idolator.

So we have to know ourselves because without knowing our biases we cannot achieve the truth.  The reason why there are philosophical commandments to know thyself is it’s painful as hell, and disorienting as hell, and distributive as hell to your life.  I mean, if all your relationships are founded on delusion, when you achieve the truth your relationships are revealed as themselves – delusions.