Once upon a time there lived a child who held no real understanding of time. A child who would endlessly and joyfully skip up, and down, up, and down a flight of stairs.

This child (unbeknownst to him) held the gift of present preservation.

His mother did not mind the child’s behavior. This young and single parent held no provision -that was- until she had something to do elsewhere.

As an adult the same flight of stairs was a contractual apparatus that connected the upper and lower family floors.

20 years past, both child and parent perceived the stairs as something other. For the former child, now a young parent himself, stairs were not even seen as a marvel of human ingenuity.

The adult dreamt of a day teleportation exists. 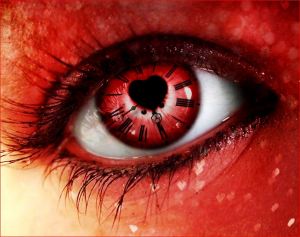 The now elderly parent, a woman who resigned herself to the fact that she is bedridden, confined by sickness and old age, and while lying in bed would daydream of the staircase.

This elderly woman grew to hold countless memories of events involving the staircase; thus she held a new perspective of time.

She realized that her earlier beliefs, values, and every notion of Time were seen from a lens built on and powered by objectivity.

But no longer, even though her eyes were savaged and riddled with cataracts, this woman now posses a lens built on and powered by subjectivity.

This elderly woman found comfort and joy in her newfound power. For she had some way, somehow, elevated herself from seeing time as of temporal nature; that is, her relation to time went from being of this world to being of eternal nature.

Her newfound power gave her the freedom to travel beyond any past, present, or future. She held the ability to live and be within all plain, simultaneously.

Some time had passed (unaccountable in true nature) until the elderly woman heard of creaking noise leading from the stars and followed by the opening to her bedroom door.

“Mama… Mama, your grandchildren, he’ here… Christine… stop pulling daddy’s hair, please. The children have passed their bedtime but insist on kissing their grandmother before going off to bed,”: said the young man.

Oh, how badly the elderly woman, eager of a visit from her son and grandchildren who spent most of their days down that same flight of stairs, wanted to share news of her newly found power.

However, as soon as the elderly woman began to speak she noticed herself outward, looking within. 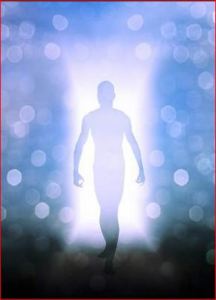 The elderly woman now resided in all pains; within the past, the present, and the future. Her new power, a power achievable through taught and lesson would not pass on.

~Dreamt and written on my 34th birthday~