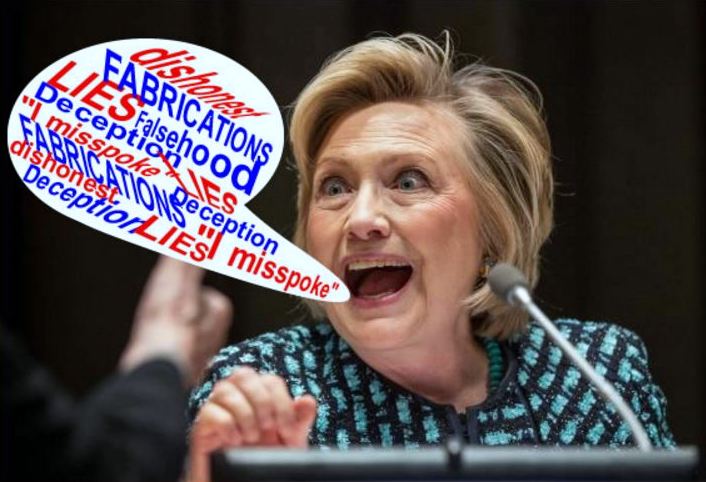 Another election cycle and I’m bombarded with clones of appealing rhetoric.  Beginning in sixth grade, since 1992, I’ve experienced the media broadcast a rebrand of “leadership” of “patriotism” and of “change.”

My being a legitimate political outsider, having no formal or informal experience in political science or journalism, while cultivating my natural disposition to not suppress how I go about understanding, has allotted me an ability to anticipate what others will accept as “truth.”

Not being of the indoctrinated class, I’m currently saddened and annoyed.  Why?  Because it’s troublesome to hear well-founded and high-ranking government officials speak of “moral” causes while such individuals seemingly hold little to no ethical values.

Having observed (like, for real, watched and studied) Thursday’s, 10/22/2015, House Benghazi Committee Hearing, I ended my night going to sleep feeling astonished.  Another hearing came and went without congressional officials receiving completion of discovery materials.

Hillary Rodham Clinton’s email practices are now becoming a legal headache for the Obama administration, which for the first time has admitted to a court that the former secretary of state withheld her emails.

Today, I’m amazed.  Why haven’t real questions  been broadcasted regarding “Accountability Review Board” creation and of the materials supplied to such a board?

How many hearings will government officials conduct before the completion of full discovery?  And, will full discovery ever come about when the “moral authority” accepts the practice of self appointing an arbitration–like system to import findings and best practices?  Have we settled on an ultimate approach on how best to investigate a tragedy?

Why is the media allowing government officials, or be it government officials allowing the media, broadcast a false impression of prior off-camera testimony and deposition as if they’re based on full accounts?  I (and I believe plenty others) sense that no substance is coming out these hearing thanks to the formation of the Clinton created unknown electronic communication system.

That said, toward the latter part of House Benghazi Committee Hearing, I think I saw a glimpse of how Ms. Hillary Rodham Clinton will issue a new narrative as it relates to creating her own email server.

Most likely, Ms. Clinton’s team will create propaganda related to government inefficacy to handle cyber security.  I suspect, as others float that narrative, Ms. Clinton will provide circle and dance responses as to why past statements regarding the unknown server have been misconstrued by an incompetent press.

My intuition tells me that Ms. Clinton will play the victim card and I can imagine the following message:

“Under the wisdom of President Obama I accepted the role as Secretary of State.  But, what you don’t know, I was faced with a very difficult situation.  The tools to communicate were, as I was advised by leading experts, below par.  The email system that the U.S. government provides its employees is archaic. It is a national disgrace… it is insecure.

Luckily, my fellow Americans, thanks to the entrepreneurship (I mean selfless drive) of my husband, Former President Bill Clinton, I worked with other advisers and was given a ‘core’ green light to not use inferior, insecure, outdated, technology.

Even though I’m just a grandmother, a mother (and I guess by default that makes me a woman) who knows absolutely nothing about computers, my advisers knew more than what our current Administration has lead on.

And so, being the civil servant that I am, I allocated my own finances to create a more ‘robust’ and ‘secure’ email system.

Sure, I could have raised a voice within the Department of State and to the Administration, but I didn’t want to out champion my astounding diplomatic policy by way of announcing how I pioneered technical email advancements within the State Department.

Americans, putting all legality issues aside, unless and until the government provides its leaders with a decent secure email system, nobody should use it, and our current Secretary of State, John Kerry, is a douche bag for exclusively using a work provided device.

Those who can afford to, such as my saintly husband and I, should be implementing state-of-the-art systems and security.  Otherwise, we should just assume that all of our ‘of the people’ emails are being read by foreign powers, friendly and hostile.

My fellow Americans, you should be grateful that I had the foresight not to rely too heavily on a government official email system, and for that reason and for many, many, more reasons, I am your supreme leader (I mean Democratic Nominee).” 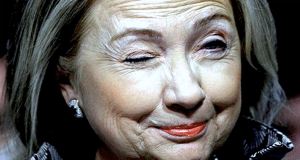